In 1973, thanks to their new album “Goats Head Soup”, and to their track “Angie”, the Rolling Stones got the whole world dancing. . A breakup song underlined by hope and acceptance, which is also corresponding to the events taking place in France. Pro-abortion movements, creation of “Libération”, a socialist newspaper, Montparnasse Tower inauguration, or even the retiring of Brigitte Bardot. The end of an era and the beginning of a new one. Even in sports, 1973 is a crucial year for the Gers’s rugby teams, with the first relegation of the FC Auch in a lower division, while the feminine team became the new champions in France. In this room, the main colours are green and orange. The same green you will find in our valleys. Green like our organic lentil from Gascony. As green as nature, symbolizing both luck and hope, or the greenery around the room, which has a direct access to the swimming pool. Icing on the cake, during the summer season, the room temperature is very pleasant thanks to the large stone walls.

Ideally located
in front of the pool,
surrounded by
greenery 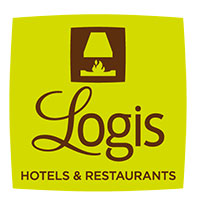 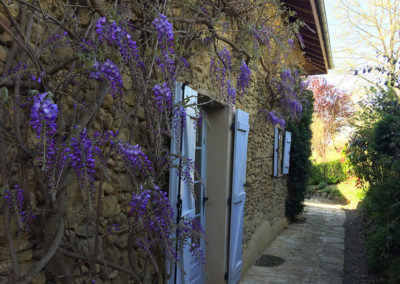 Come back to the rest of the rooms

Bedside tables on the Mezzanine

Breakfast served in your room
(+2€)

From the first day of March to the end of November

1€ per adult and per night

A 30% deposit in necessary to book the room. It can be done: by check or by credit card. Cancellation: less than 30 days prior, the down payment is kept. Less than two days: you will owe us the full stay. Every stay started will be fully owed. Plan a cancellation insurance.

You can book this formula or even the complete pension if you stay at least 2 days. Supp: single half-board of 30€

Accessible only to the hotel clients, under their own responsibility

It is forbidden to organize any picnic inside the hotel, in the rooms or around the pool.

Animals are accepted: 8€ a day. Please keep us informed if you would have an animal under your care once you are proceeding with the booking.